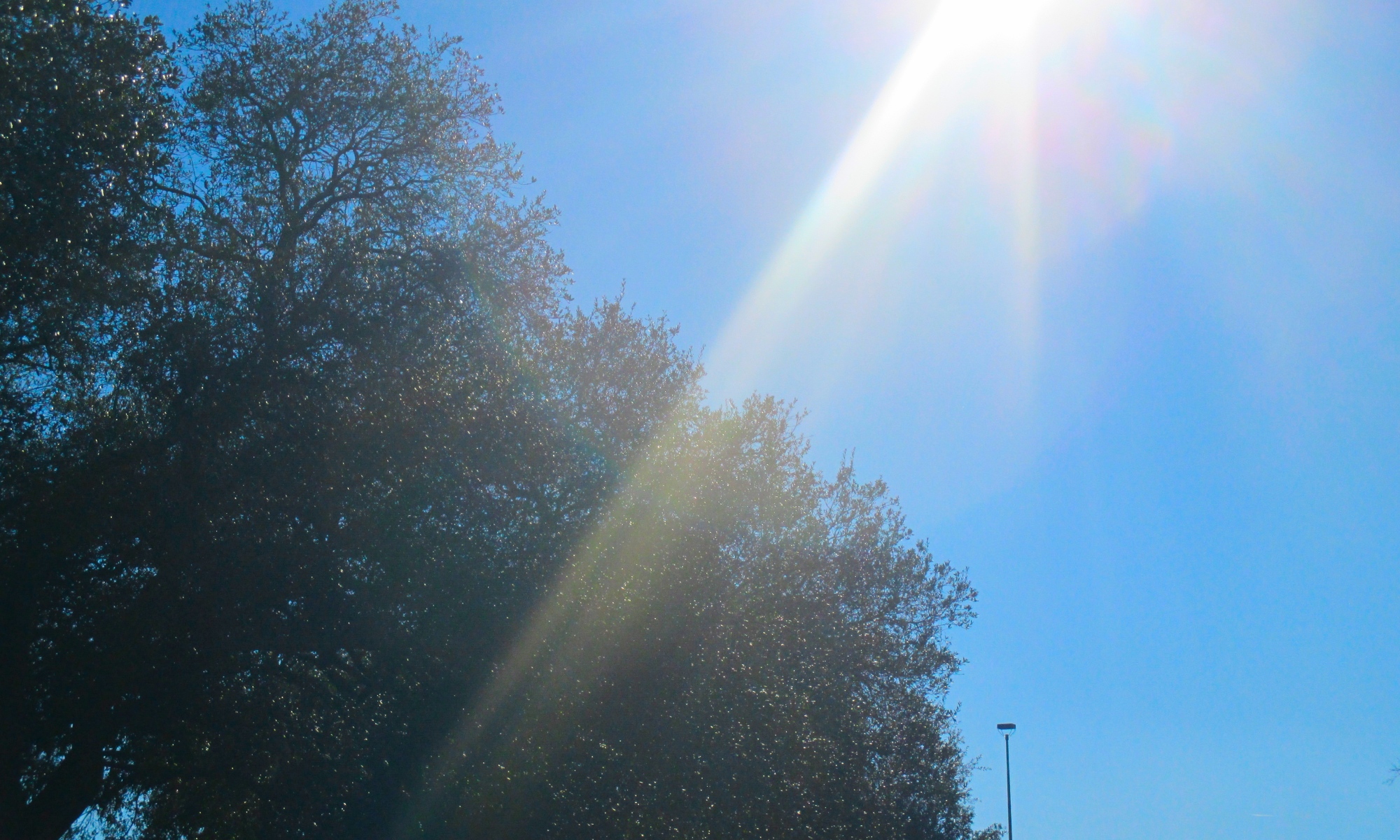 For the past few weeks, I’ve been hiding behind my laptop. The temps were low, most of the time, which made it easier to avoid going out … there. The house that I live in is older, raised, with hardwood floors and crackling plastic on the windows, in an attempt to stop the frosty breeze from coming in. But it does anyway, from the fissures in the floor, from the holes in the closet, from ghostly inhabitants past who met their demise, bottle in hand, right there in that bedroom. That’s what the neighbor says anyway, and I believe her because it’s colder in there, and because whenever I walk in I smell the faint scent of old tobacco, piss, and booze. A little bit. And it reminds me of my grandfather. God rest his soul. So there I’ve been, perched, scarf around my neck, heat cranked up, but not too much because it’s really expensive, wool blanket I got for Christmas wrapped around my legs, in an office chair salvaged from a would-be garbage pile, covered in pillows and one of those rotating heated massage seat inserts that is so addictive you don’t want it to stop, but then you think if you don’t, it might just fuck up your kidneys or your spine … or something. And my eyes grow tired, full of sleep, but I keep plugging away, bouncing from Word file to Excel spreadsheet to Google Drive doc to software program to Facebook to Gmail, and then back again, over and over, for hours. And I’ve been swamped in work, which is good to help pay for those heating bills, and the real massages I’ll need once I get up from that chair, and the carrots and celery that I’ll buy to snack on instead of chips and Ro-tel dip that would eventually make my ass slide over the edges of that comfy desk chair. And then when I’ve done as much as I can stand for one day, I hide out some more watching Netflix movies and documentaries, depending on my mood. My eyes are crossing, my head is numb from work, and worst of all the only news out there is abysmal making you think the world is caving in on itself and everyone is evil, and the only reprieve is watching cute animal videos. Does humanity still exist? Am I just going crazy?

“Unwed Mother fired from church daycare for not marrying fiancé”

“Minister refuses funeral service for deceased woman because she was gay”

“Husband of woman missing since Dec. 31 charged with her murder”

“Baby dies after being set on fire by woman”

“Police investigating after body of beaten woman found near road”

I do this now. Work is still stacking up, and so are the horrible news alerts. But I have to remember to take a few minutes to breathe, to get some water, to dance. Have I become addicted to Facebook and looking at my phone every 2 seconds? Yes. Can I stop this? Yes, I think so. It’s a type of OCD. I Googled it. It’s everywhere. But I’m learning.

I just turned the phone off. Step one.

See? Everything’s ok. And I have a few work-free days to breathe, until something else rolls in. Sometimes I think they know when I’ve scheduled a day to myself. I shouldn’t even check my email on those days because inevitably there will be something in there. A rush job. A question. A revision.  But it’s work. And as a freelancer, you grab every opportunity you get. You never know when you might be forced to get a desk job again. God forbid. And once I’m done writing this, I’ll pick up a book, or maybe even just rest my eyes. And the state of the world? I will keep dancing. And I will keep breathing. And I will try to be a better person in my own world so that I don’t put sad, dark vibes out there on others. Sorry for the horrid list of headlines, by the way. They just keep popping up. Why? Is this all that’s going on out there? Anything good in the world? And if there is only this stuff happening, no wonder I never leave the house. But you think maybe we might want to look into it a little bit? Like maybe we want this to be neither our present nor our future? Or is everyone now addicted to this entertainment media world full of the next drama or danger or destruction that we can’t see past it anymore to notice that we need to actually ALL take a step back, look at ourselves, and look at the world we live in? Step away from the laptop. Step away from the phone. Step back into our lives. Go hug someone. Dance. Open the windows and get some fresh air. Bake something. Bring some to your neighbor. Vote … for education … for equality … for healthcare. Go learn something. Go hug someone else. Compliment someone. Go ahead, make their day. Go get coffee, and tip the barista … with money AND a smile. Talk to people. Open the door for someone. Laugh. Sing. Dance some more. And don’t forget to turn off your phone … and the madness.

Again, “anything good in the world?” Well, yes, I’m glad you asked: (pssst … click on the titles to view the article or video)

Invisibilia by Lulu Miller and Alix Spiegel: Heavy with comedy mixed in, and a whole lot of makes-ya-think kinda stuff. The good kind.

Bust the Flu Juice by Cook and Run with Kristin: My lovely friend Roniq posted it via the book of the face, and here I’m posting it for you. Flu or no flu, who doesn’t need a glass of this?!

This is Glamorous Playlist: It’s kind of fantastic. And pretty much exactly what I need, especially when I live in a radio world that’s still stuck in the 80s. I love the 80s, though something new is good every once in a while, non?

Eat Like A Local: the Best Portuguese and Spanish Restaurants in the USA by CataVino: I REALLY love Mediterranean dishes. And I can already vouch for Costa Brava in San Diego and Aldea in NYC. So the others HAVE to be good, right?

To Paint is to Love Again: Henry Miller on Art, How Hobbies Enrich Us, and Why Good Friends Are Essential for Creative Work by Brainpickings: Inspiring, touching and an essential piece of advice.

The Science of Kissing by Joe Hanson: Because, well, duhhhh … who doesn’t need more of that?!

44 French Meals You Need To Try Before You Die by Marie Telling at Buzzfeed: Some of these, I’m like “YAH”, and some are “whatever, I’d rather go to Spain.” But these do feed my French obsession, and make me really hungry when I look at them.

45 Life Lessons Written by a “90-Year-Old” Woman by Stephanie Wong at PopSugar: So turns out the woman isn’t really 90, but these are still REALLY good lessons.

7 Differences Between American and British Pubs by Jon Langford at BBCAmerica: Because seriously, there are MAJOR differences. Don’t let the word “pub” in the U.S. fool you. I miss real pubs. Ah, le sigh.

In Philadelphia, Juniper Commons Offers Comfort Grub of the ’80s with a Soundtrack by Jeff Gordinier at the NY Times: Because this sounds similar to something I wanted to open up about 8 years ago. Kind of.

Yorkshire Pudding by Jeff Gordinier again at the NY Times: Because it soothes my want for British fare.

A Sausage Roll Recipe for Boxing Day by David Tanis at the NY Times: Again, the British thing.

Cheddar, Cucumber and Marmalade Sandwiches by Melissa Clark at the NY Times: Duh, British AND yum!

The French Know How to Feed Party Guests by, yet again, David Tanis at the NY Times: Because I’m obsessed with everything French, AND because this is exactly how I like my parties.

Off the Beaten Path, and Well Worth a Visit by Ligaya Mishan: Because if I was in NYC, I would probably go to these … or at least plan on it.

From Gluten-Free Beer to Kombucha, Alcohol Options for Health-Conscious Drinkers by Rebecca R. Ruiz at the NY Times: Because alcohol options are great. Add something healthy in there, and you don’t feel like such a lush.

How to Get a Slimmer Waist by Goop: Because after eating all of the above, I’m going to need this.